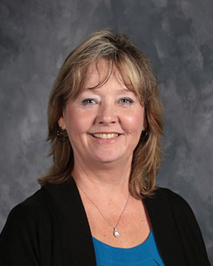 My name is Mrs. Jo Anne Moulder. I have been teaching at Lackland Elementary

since 2006. Teaching has always been my passion!

I was born in California, raised in Michigan, and later joined the military. I was

first stationed at Wurtsmith AFB (Oscoda, Michigan) in 1985. Here I met and

later married my husband in August of 1990. Next, we were stationed at RAF

Alconbury, where I decided to get out of the military to take care of our children.

We then took our three incredible children to Maxwell AFB (Montgomery,

Alabama) and finally Lackland AFB. My husband and I have made Natalia, Texas

our home. Our children have moved on. Our two sons are now in the United States

Air Force and our daughter resides in Houston, Texas and is currently in sales.

I come from a military family, my dad and Uncles, sister, and brother-in-law were

the Battle of the Bulge. My husband retired from the United States Air Force

military has treated us well! I am proud to be part of United States military!

With the support and encouragement of my mom, dad, husband and children I went

to college and I received An Associate in Arts degree from St. Phillips College and

a Bachelor of Arts degree at St. Mary’s University, December 2005.

I am a firm believer that if we all work together and put in the effort,

parents/guardians, your child will be the best he/she can be!!! That is my promise

Based on the guidance of local and county officials, Bexar County Superintendents have agreed to extend the school closure through April 24, 2020.

This closure does not impact online instruction, iPad distribution, or the provision of breakfast and lunch.  You are encouraged to pick up any prescription medications in the pre-kindergarten pickup lane from 8:00 AM to 10:00 AM on Friday, March 27, 2020.

Full details and additional information are available on our dedicated COVID-19 page.